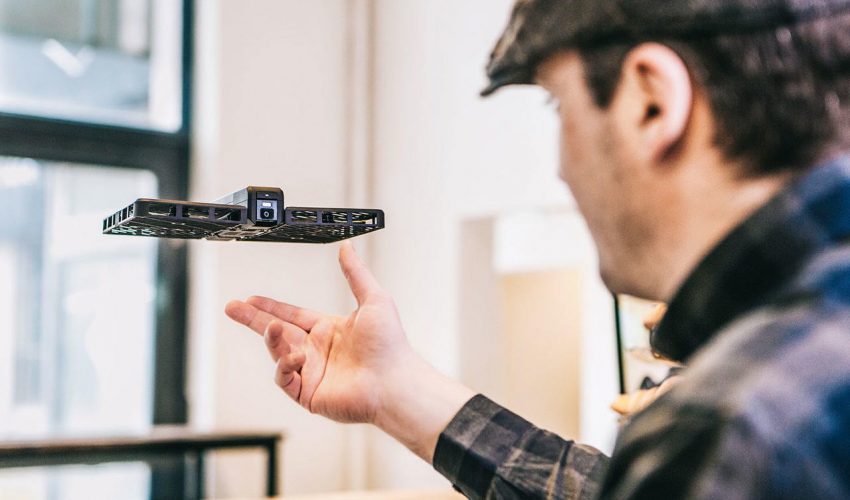 SUPRISE! THIS PHONE CASE IS ALSO A FLYING DRONE

A new drone the size of a cell phone case is up on KICKSTARTER. The drone is designed to help users take aerial selfies. This project is indicative of the advancement of drones technology, soon everyone can have their own robot. If you can hide your arm or selfie stick in a selfie, good for you. For those who can’t, there’s a drone for that.

The Airselfie is a tiny drone that’s housed in a phone case, and it lets you take selfies or group shots from further away than you could with your arms or a selfie stick.

Airselfie already went through its Kickstarter campaign, where it amassed more than €500,000 (about $534,000), and the company behind the tiny selfie-taking drone is now taking pre-orders.

The Airselfie costs $260, and it’ll be ready for shipping in May this year. It’s a tiny drone that fits inside a phone case. And it has a built-in 5-megapixel camera.

The idea is that Airselfie lets you take selfies from further away than you could with your hand or a selfie stick, so that you can get more of the scenery behind you.

It can lift off straight from your hand.