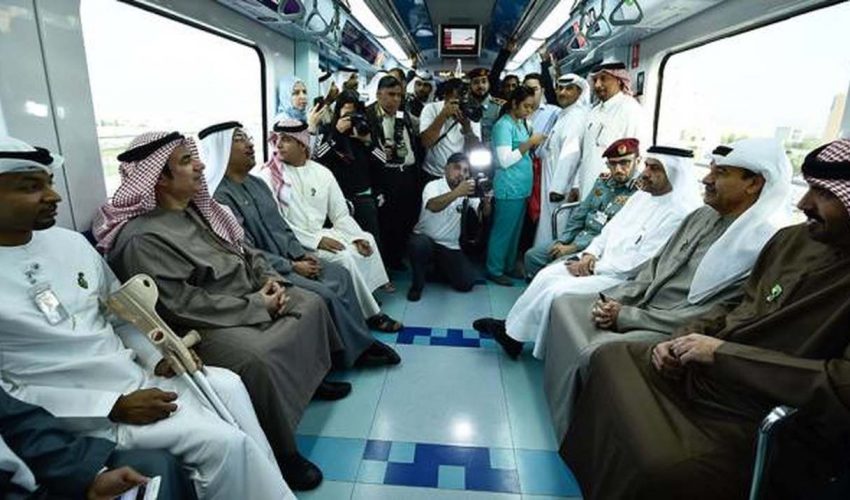 Tens of thousands of cars were off the roads in Dubai as employees of about 2500 entities including 200 major government departments and private firms took part in the annual drive of not driving for a day. And this time, it was for an additional cause of contributing to donations for charity organizations and tree plantation by Dubai Municipality.

Hussain Nasser Lootah, director general of Dubai Municipality, led a team of directors and top officials of government departments in riding the Metro from the Etisalat Station to the Union Station.

The officials later joined hundreds of municipal employees and residents at a huge exhibition area set up at the Union Metro Park for celebrating the day.

“Dubai Municipality launched the initiative to explain to the people how important it is to reduce the use of cars on the street and use the public transport. We have a high quality public transportation [system] and we feel we have a lot of possibilities, with the cooperation of all, in reducing the carbon emission and the effect on the environment,” Lootah told Gulf News.

As announced earlier, Lootah said, the municipality will link the event with the Year of Giving initiative and set aside money corresponding to the number of participants for donating it to charities and for planting trees.

He said the initiative held under the theme “Not a day but every day,” has helped changing the attitude of people in reducing the pollution caused by motor vehicles.

Several people took the Metro, while some took buses and others opted for car pooling and cycling to participate in the biggest environmental awareness drive of Dubai Municipality.