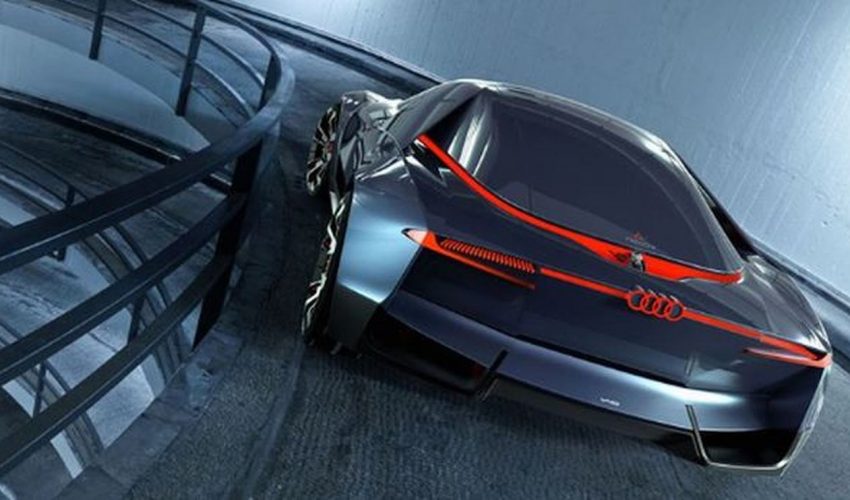 Concept Audi celebrates the marriage between the exterior, interior and powertrain that better encapsulates the additive manufacturing process where cars would be grown and unassembled. The inner shell rests in the outer shell with six mechanical splices and does not respect the floor of the car. The gap around the cabin exaggerates the feeling of a floating island that can be modified freely. In the recent year’s manufacturers started to release more intricate concept cars which are eventually put into production in one form or another. Not that long ago Audi released an all new concept which is like nothing else out there. The 2020 Audi Uno Concept has a really unique design which makes its cabin look like it is floating in mid-air. So far this is just a concept but a ¼ scale prototype has been printed via a new laser printing method. This allowed its designers to print the car from just one piece, just like the designer intended it to be.

Like we said, this is Audi’s latest concept and it features a really unique design scheme. For starters, it is the first Audi in more than a decade not to use their iconic grille design. Instead, the four circles are mounted on a horizontal LED bar which is then extended via the two headlights. Also, instead of the usual grille, the car now boasts a more aggressive design with a large air intake and a more aggressive splitter. We can see a very similar trend in the back where the car’s design is dominated by straight lines and a large LED bar.

While the lower half of the car is quite unique, the top half is actually nearly symmetrical. Also, the cabin is separated from the main body by small gaps which light up white in the front and red at the back. This further gives it the feel that it is separated from the main body. Another unique aspect of this concept is the glass that covers the entire cabin. This is quite impressive because it gets darker when electric current goes through. Also, in the small gaps that surround the cabin, there are mirrors which further give the impression that the main body is detached from the cabin.

AUDI UNO CONCEPT – WILL IT EVER BE MADE?

We are quite sure that the 2020 Audi Uno Concept is just that, a concept. However, certain technologies that are found on it could very well be put into production. The active glass would make a great privacy glass while the mirrors could give the car a much more impressive design. Also, the new front end, which has been praised by many, might come on a future production Audi. This is actually great news considering that the latest Audi cars basically look like facelifts of older models. Unfortunately, though, most of the rest of the design will likely remain in a concept stage.